Tom Hubler is a well-known expert in family businesses: he's appeared on television and has been quoted in places like the Wall Street Journal and the New York Times. He lives in St. Paul, MN, and we were fortunate to have him present at our 2020 Customer Summit. 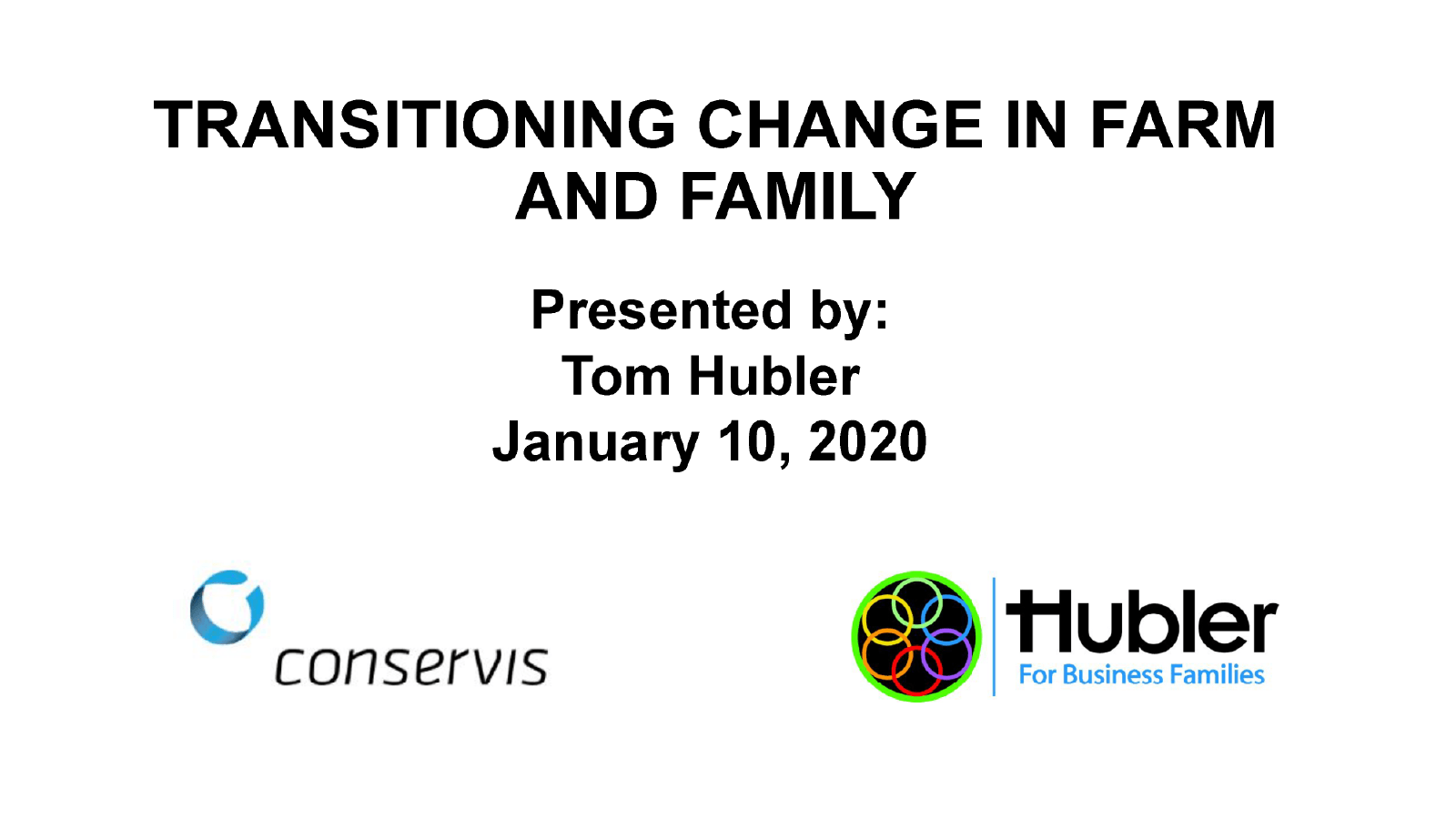 Sherman Black, our CEO, spoke to the group before Tom began: “As I moved into this industry, that was the first I saw the dynamics of trying to manage a family business environment,” Sherman said. “And I’ll tell you, I've driven a lot of change in my lifetime, I've led a lot of organizations. But if I had to do that with my kids or my father, my uncle, my brother, my sister, I couldn't do it.” He turned to the farmers in the room: “What you guys do each and every day is amazing.”

Tom began after a round of introductions. “What we're going to do today is talk about the dynamics of family businesses and what makes them so challenging," said Tom. "What I’ll be talking about today is exaggerated by the reality of being a farm. Because farms are different than regular family businesses. And that has to do with this notion of your emotional connection to the land, farm and to the history.”

Based on over 30 years of experience working with family businesses, Tom’s session, entitled "Transitioning Change in Farm and Family," was packed with wisdom and practical tips to help family businesses thrive. Today we’re sharing the list he’s created of the most common obstacles he sees when it comes to passing the family businesses to the next generation.

10. Poor expression of feelings and wants

“Feelings and wants are what drive the emotional systems of everyone's family. When people are unable to express their feelings and wants, that's when communication breaks down,” Tom said. He emphasized that though these communications skills of expressing what we really feel and need are some of the most important skills we can acquire, it’s an area where we have the least education. “Most of us have never had a class about how to talk about different things using our feelings,” he said.

Poor expression of feelings is the foundation of many problems. Learning how to listen, not get tangled up in others’ feelings but stay separate, and have a discussion that’s emotionally involved are all skills we desperately need but don’t tend to have. “It’s really, really important, and people generally don’t do it,” he said.

9. Differences seen as a liability rather than an asset 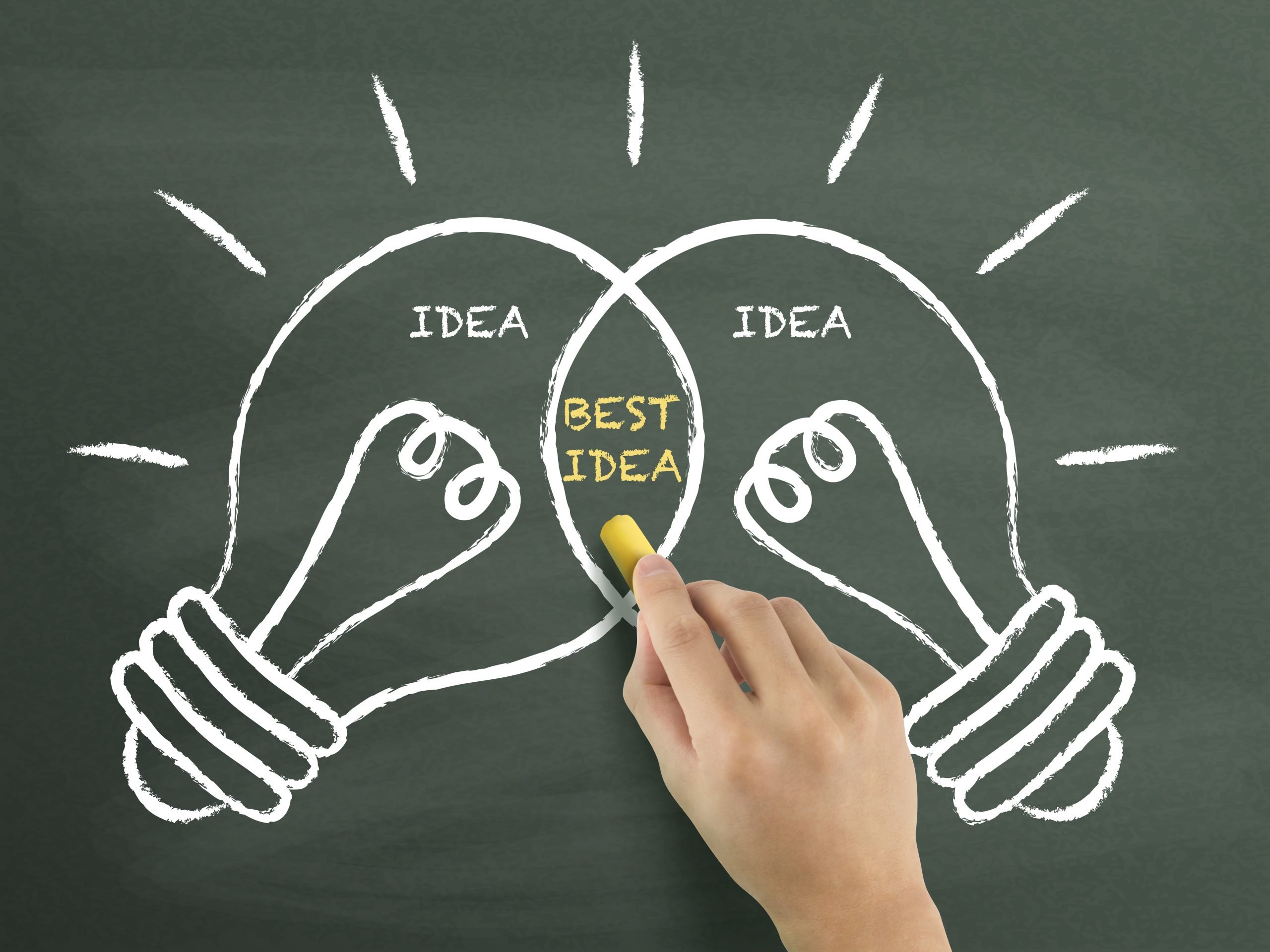 Everyone is different, so it’s normal that people have varied ideas and approaches. That’s actually an asset, in both life and business, as it expands possibilities and helps create well thought-out plans and processes. But It’s often seen as a liability instead. “When we have different ideas about what to do with the farm or how to do things, that's seen as a negative sometimes,” said Tom. Differences can easily be interpreted personally ("you don't love me" or "you don't care"). Tom uses the Myers-Briggs personality inventory to help people understand differences in how they operate and promote compassion and understanding. 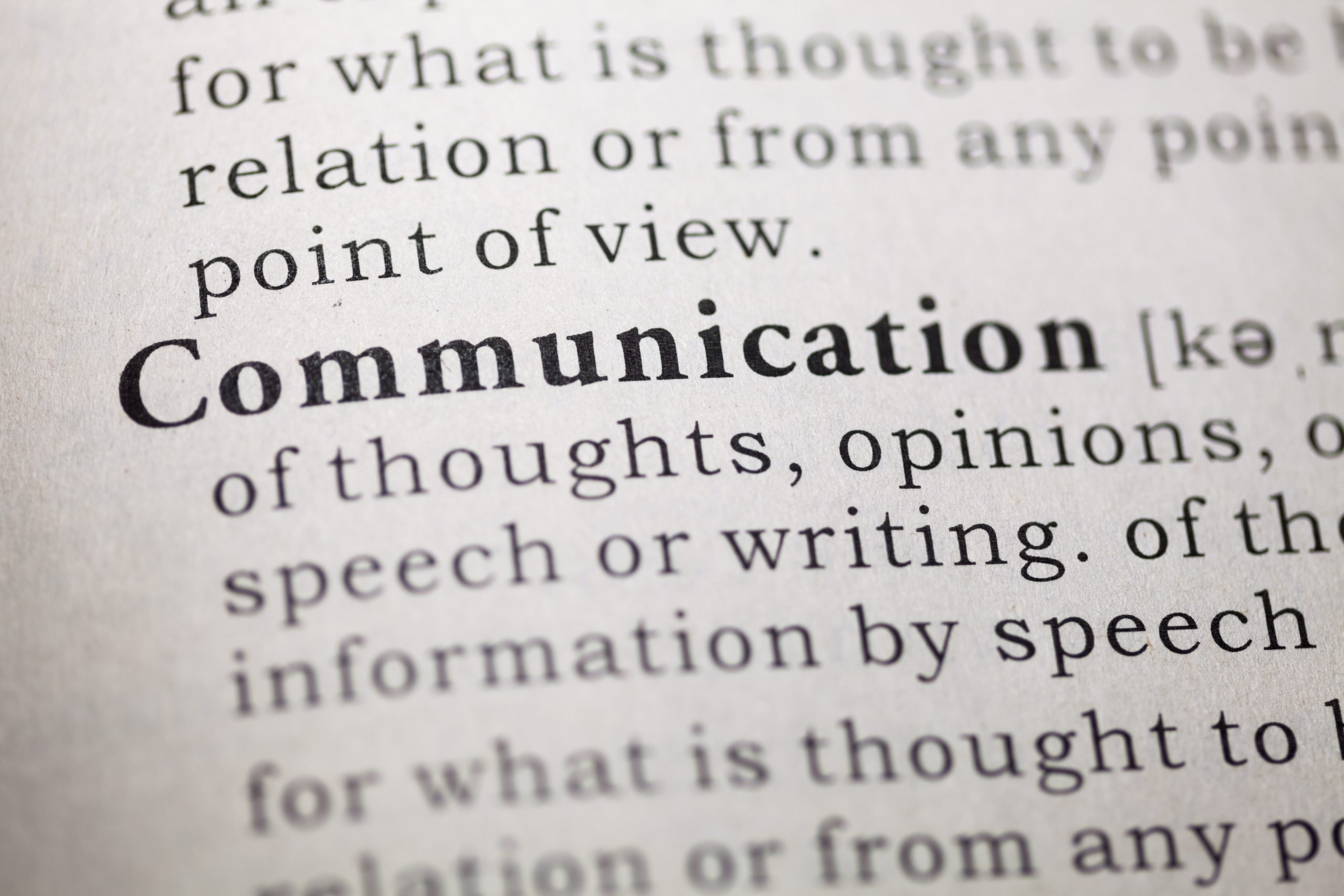 Everyone in the room laughed as Tom demonstrated this very common dynamic in families. “If I'm upset with Sherman about something, I don't talk with him about it. I go to someone else in the family,” he said. “I call up Jeff and say ‘Listen, what the hell is going on with Sherman?’ Jeff says, ‘Why don’t you talk to him?’ ‘Well you know we can’t talk with that stubborn….’ and on and on,” said Tom.

After the chuckling died down, Tom got serious. “Indirect communication runs rampant within families, generally where people talk behind people's backs, and it’s a poison for families,” he said. “The idea is to have a direct discussion. So when I call Jeff up again, he might say, "Well I've got a great relationship with him, I'd be happy to sit down with the two of you to make sure you talk this thing through."

Tom explained that when he first started doing this work thirty-some years ago, people would often say to him, "I bet you meet a lot of the younger generation with silver spoons in their mouths." He told the group that in fact, entitlement in family businesses isn’t what you might expect.

“The truth of the matter is that's not the case. I mean, I can name a few over the course of my career,” he said. “But guess who does have a sense of entitlement when it comes to businesses? Who in the family, do you think, would have that entitlement?” A grower chimed in: “Dad?” “Yes!” said Tom. “They say, ‘Listen, I own this thing, I'll do whatever the hell I want to do. And you guys take care of it after I'm gone.’” This is often at the expense of younger-generation adult children, who can be in their forties and fifties and still waiting for leadership opportunities in the business.

Scarcity is the concept that there isn’t enough to go around, so you have to fight others to get your share. This is often an issue related to money and resources, but Tom explained that it can also relate to emotional needs. He asked the group: “When you think about sibling rivalry, what do you think they're rivaling about? What are they looking for? What do they want?”

Many in the audience took a stab at the answer as Tom guided them. Finally, someone got it.

“That's right, it's the dads," Tom explained. "Because the dads are generally busy doing the business, doing the farm. And what are the kids looking for? They're looking for recognition from their dads. And it doesn't make any difference if it's boys or girls, it's the same epidemic,” Tom explained. 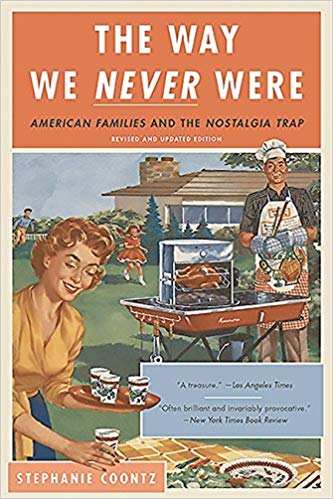 “History is a big deal in all of our families," Tom said. "Yet we tend to overlook things. There's a tendency to exclude not only the difficult stuff, but the positive stuff."

Tom mentioned the book The Way We Never Were, which talks about how we mythologize our family history, going out of the way to talk only about good things. Families also tend to take the positive aspects of their histories for granted and not celebrate them as they should. Families function best when their sense of family history includes both difficult parts and acknowledges what makes the family unique.

Tom described this as our tendency to think about change as someone else’s domain, instead of taking responsibility for what we can do to facilitate it. It’s thinking, yes, things need to change, but no, it isn’t me that needs to do any changing.

Using the indirect communication example, he explained, “It’d be thinking, ‘If things are going to get better between Sherman and I, he's the one that needs to change.’” One of the major challenges to succession planning in family-owned businesses is every member of the family taking full resonsibility for what they're contributing to the business, both good and bad. 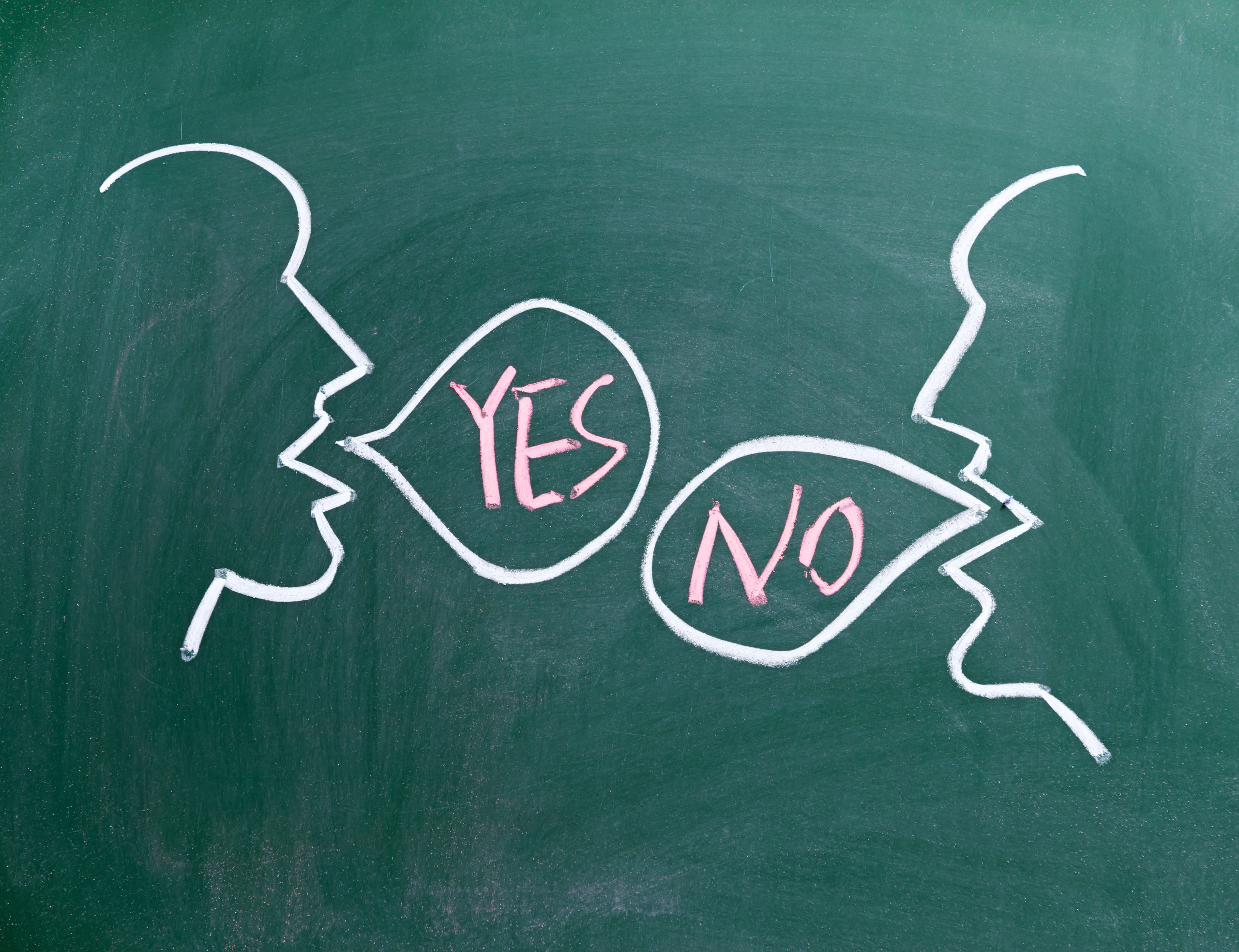 “Control is a big deal,” Tom said. He went on to describe Minnesota’s most famous entrepreneur, Curt Carlson of the Carlson Company. “The reason he was so successful, and the reason most entrepreneurs are so successful, whether they're farmers or not, is because they're in control,” he explained. “But that's also their Achilles' heel.”

Succession planning in a family business requires other people to be involved. You can’t do it by yourself - there are multiple types of professions that need to be involved to help make the transition. Tom explained, "For many successful business owners, it can feel like people are trying to change them and take away what they've worked for. It feels like letting go of control.”

This is a deep problem in relationships, especially among families. “It's impossible to live with the family you love and not inadvertently step on anyone's toes,” said Tom.

Tom helps his clients draw on religious backgrounds to help them learn and practice forgiveness, but it isn't easy. “What I've learned over the years is that families that are able to forgive each other when they've stepped on each other's toes are more successful," he said. "But the ones that pull things back, keep things bottled up, create all kinds of problems.” 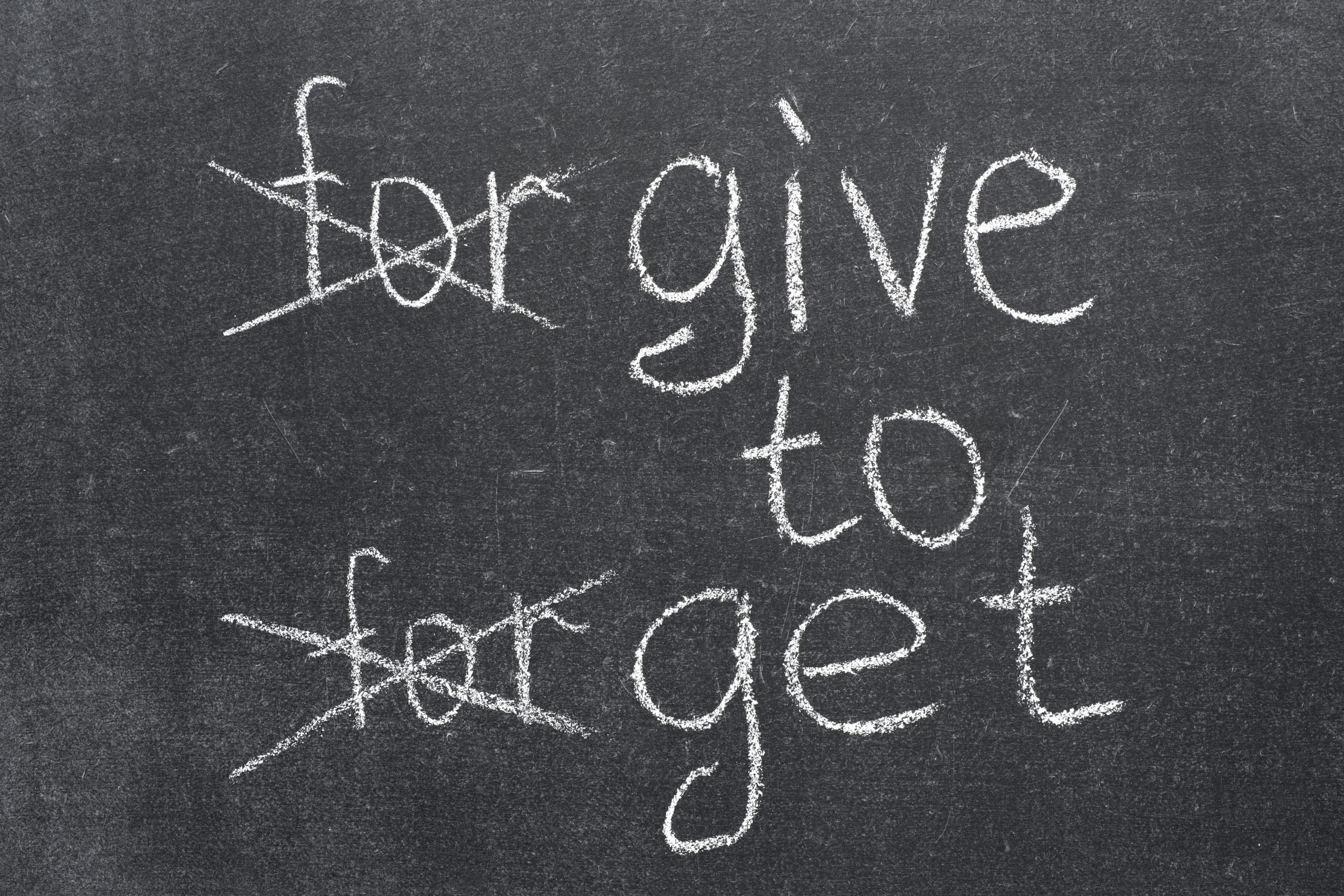 1. Lack of appreciation and recognition

He went on to describe how he sees this play out. “The senior generation is desperately, desperately looking for validation for what they've done for the past 30 or 40 years. And their kids, the adult children, they don't tell mom and dad, ‘Listen we really appreciate what you've done for us,’” he said. It goes the other way too. “The parents do the same thing. They love their kids, but they take them for granted and don't tell them, for example, how important it is that they made this commitment to come back and work on the farm.” 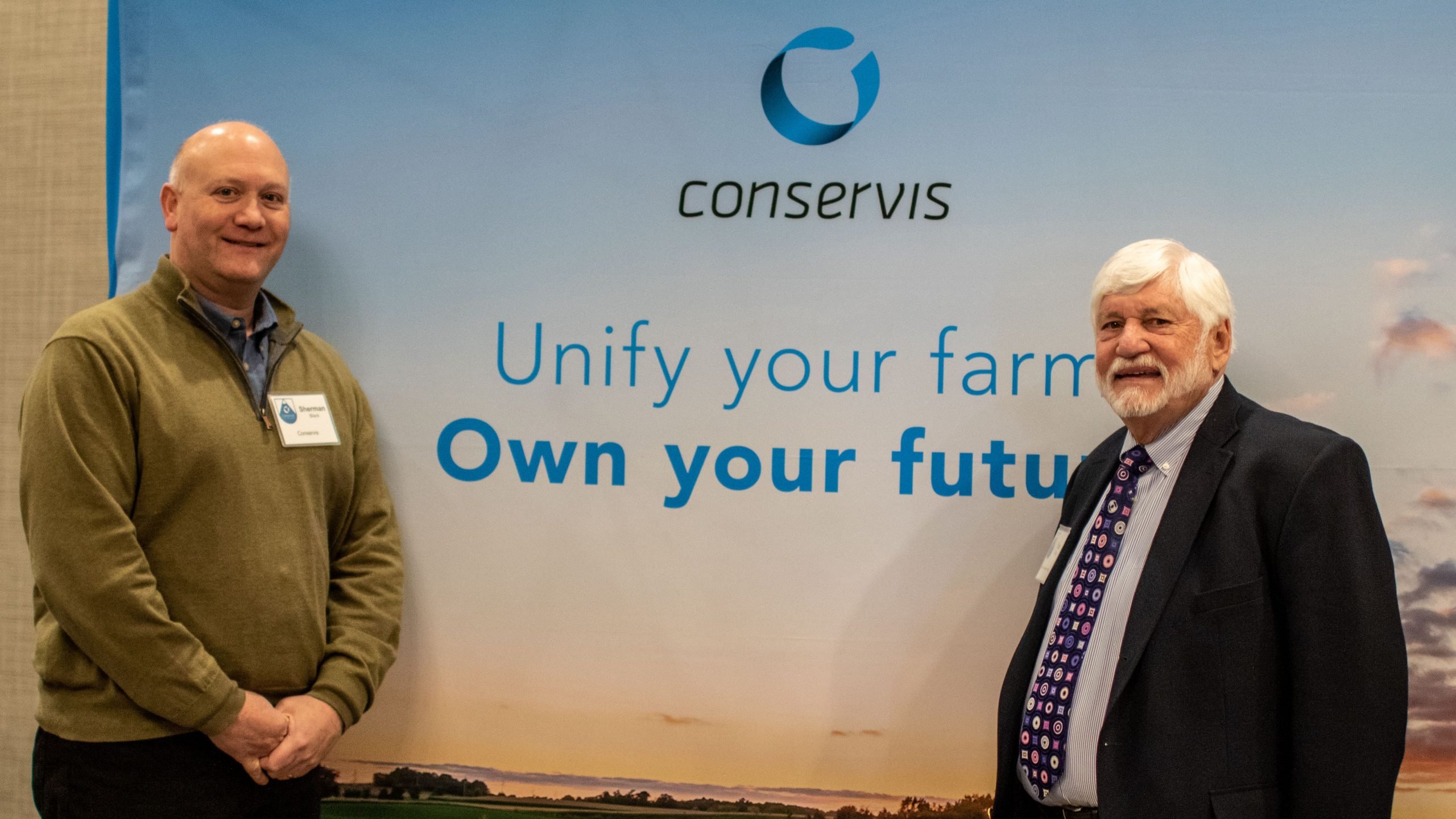 A vital topic to talk about

We were thrilled to have Tom with us at our Customer Summit this year. “There's a tendency not to talk about any of this stuff. It's easier not to talk about it, but that actually makes things much more complicated,” he said.

Everyone who attended the session came out of it feeling wowed and excited to implement what they'd learned (several people mentioned they were brought to tears as Tom spoke). We provided all attendees with a copy of Tom’s book, The Soul of Family Business: A Practical Guide to Family Business Success and a Loving Family, so they can learn more and work to keep their family farms healthy and thriving.

Farm management software can help you leave a legacy.

"I've driven a lot of change in my lifetime, I've led a lot of organizations. But if I had to do that with my kids or my father, my uncle, my brother, my sister, I couldn't do it. What you guys do each and every day is amazing.” 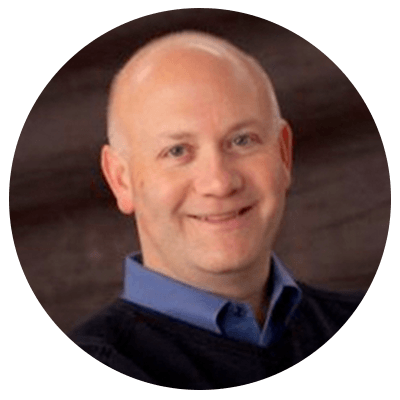