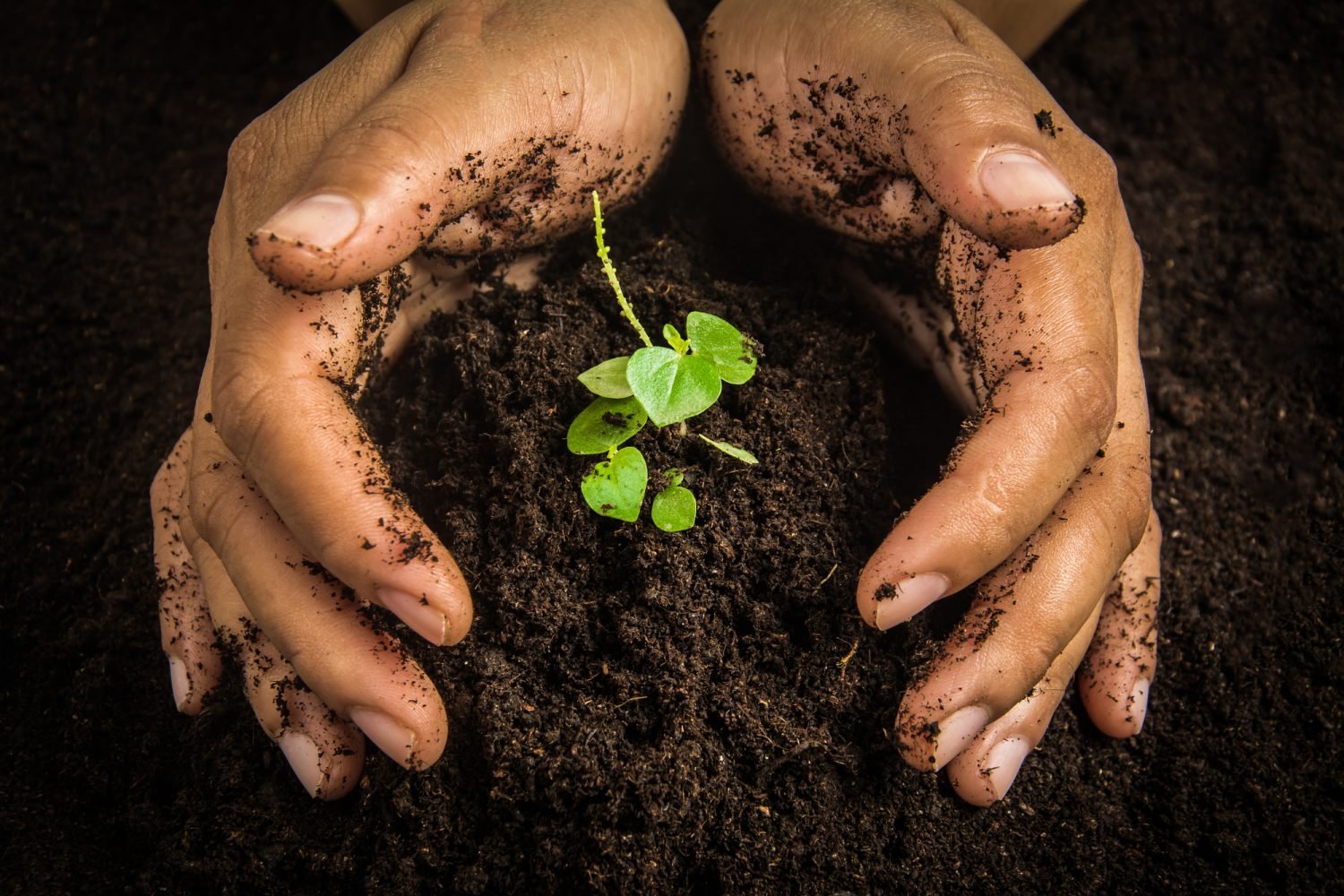 From cover crops to no till, regenerative agriculture is the talk of the town. A Forbes Magazine article from early 2020 defined it this way: "Regenerative Ag is all about soil health and finding ways to reduce or repurpose byproducts and use them for agronomic benefit."

But regenerative ag doesn't just benefit the land and the environment. The COVID-19 crisis has brought human health to the forefront of all our minds. Eric Jackson, an original Conservis Founder and current Founder and Chairman at Pipeline Foods (and overall great guy), weighs in with thoughts on regenerative ag and why it matters for people, not just the planet.

A missing piece of the regenerative ag conversation

There's a bigger picture than the environment

Because food is produced from the land, it's easy to draw the connection between our food production system and environmental outcomes. It makes sense that most of the conversation around regenerative ag has been on agricultural management, on the ecological impact of agronomic choices farmers make, whether good or bad. But there's another side of this conversation, one that Jackson is passionate about. 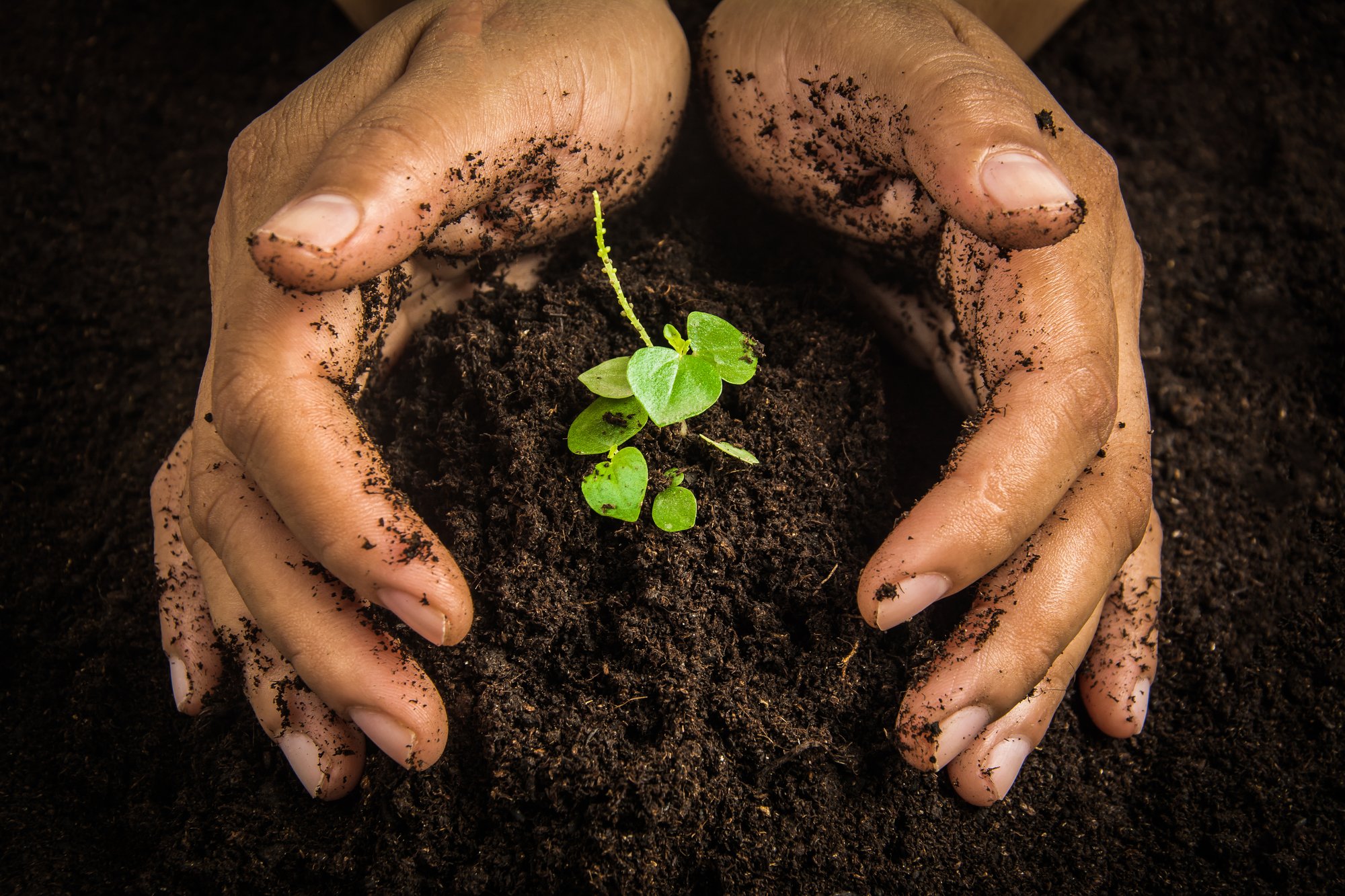 That's the impact on human health. "If you think about it, if you have a healthy soil, the food that comes out of that soil is also more nutrient dense," said Jackson. "Nutrient density is something that’s been sort of ignored in our food production system over the last several decades as we’ve pushed harder and harder for volume at the expense of quality. If the natural consequence of producing a healthy ecosystem is healthy food, why aren’t we focusing on that healthy food piece in terms of the effects on the population in general?"

How exactly does the way food is grown impact our health? Jackson explains. "The health benefits of not just what you don’t eat – sugar is the current evil – but the quality of the food beyond calories is really a very interesting area," he said.  "The studies that have been done are quite conclusive in their own right." 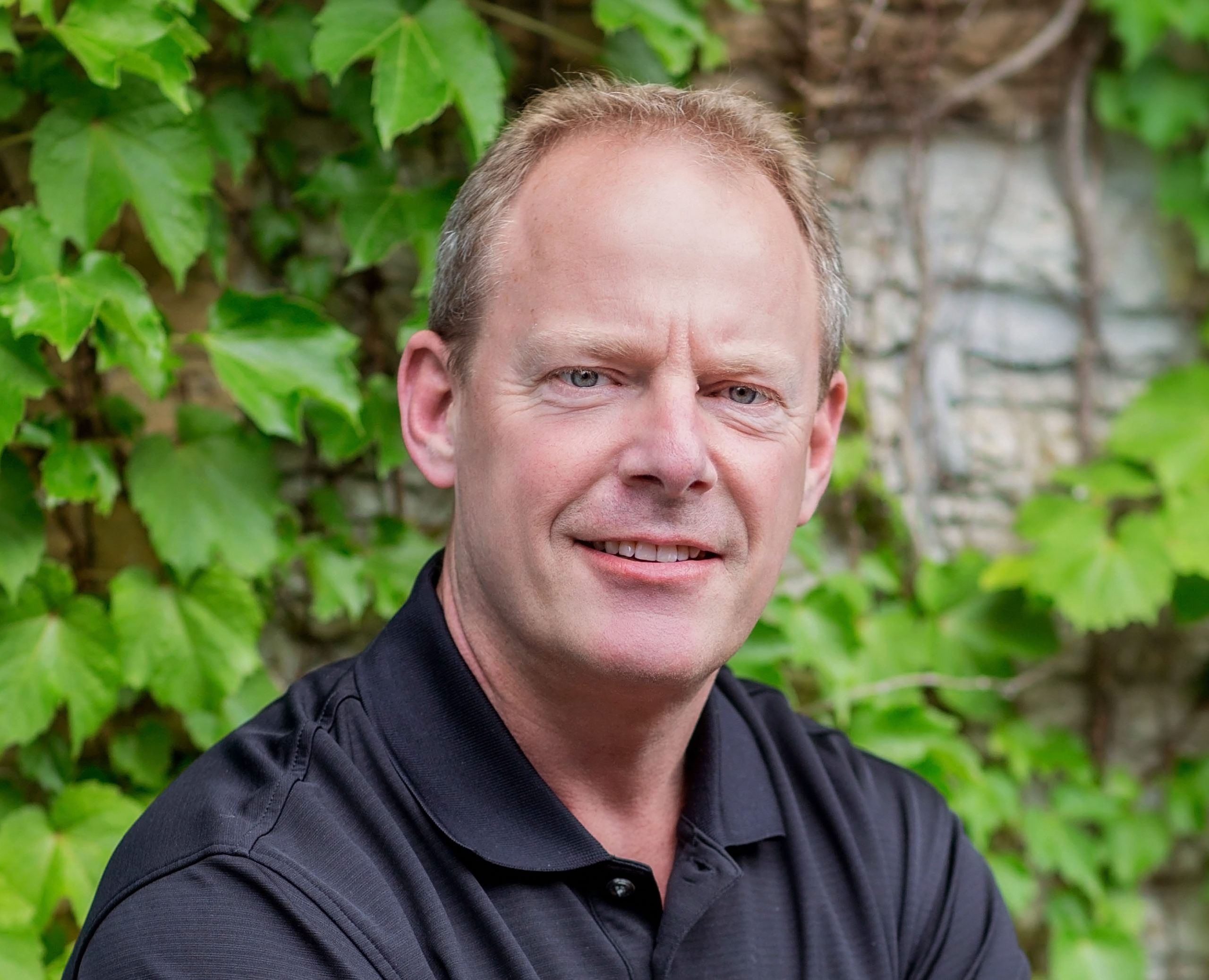 "The microbiome in your gut is influenced by the microbiome in the soil. We need to put ourselves in a position to study that more and develop the thesis that goes all the way from the stomach to soil."

How do we get there?

Jackson says that we have to bring this way of thinking into our culture, to normalize it and increasingly make it a part of the way we understand health and talk in everyday life. He emphasizes that meaningful change has to come through institutions.

"Things get normalized through repetition. If you have corporate food buying programs and you have institutional food buying programs that are also connecting those dots between the quality of food and the quality of life, quite frankly, of the people who are consuming that food, ultimately no matter where you turn, you’re hearing and learning the same message," he says.

"Having institutions come alongside this effort and not just buy good food but talk about why the food is good, where the food came from, and focus on the human satisfaction of consuming that food… then it all becomes part of the ether."

There's one specific institution Jackson sees as having the biggest impact: healthcare. We all perceive our healthcare providers and experiences as clearly connected to our health and wellbeing. "The healthcare system feeds millions and millions of people every day, and for the most part there's not even an organic or regenerative option in the healthcare food service sector," he said. "To me, that's the Holy Grail. We can move this whole system faster if we can bring agriculture and healthcare into the same room together."

Jackson talked about a recent news announcement in Minneapolis, where he lives and Conservis is headquartered: Allina Health and Blue Cross Blue Shield of MN recently agreed to an outcomes-based compensation model. "So now you have a large insurer and a large healthcare provider agreeing that instead of following a traditional path of sick care, which I’d argue is most of what our healthcare system is today, they’re actually going to reward healthcare," he said. "Focusing on outcomes not practices, focusing on the human health aspect not on the processes and procedures for the compensation model. That’s an important step." 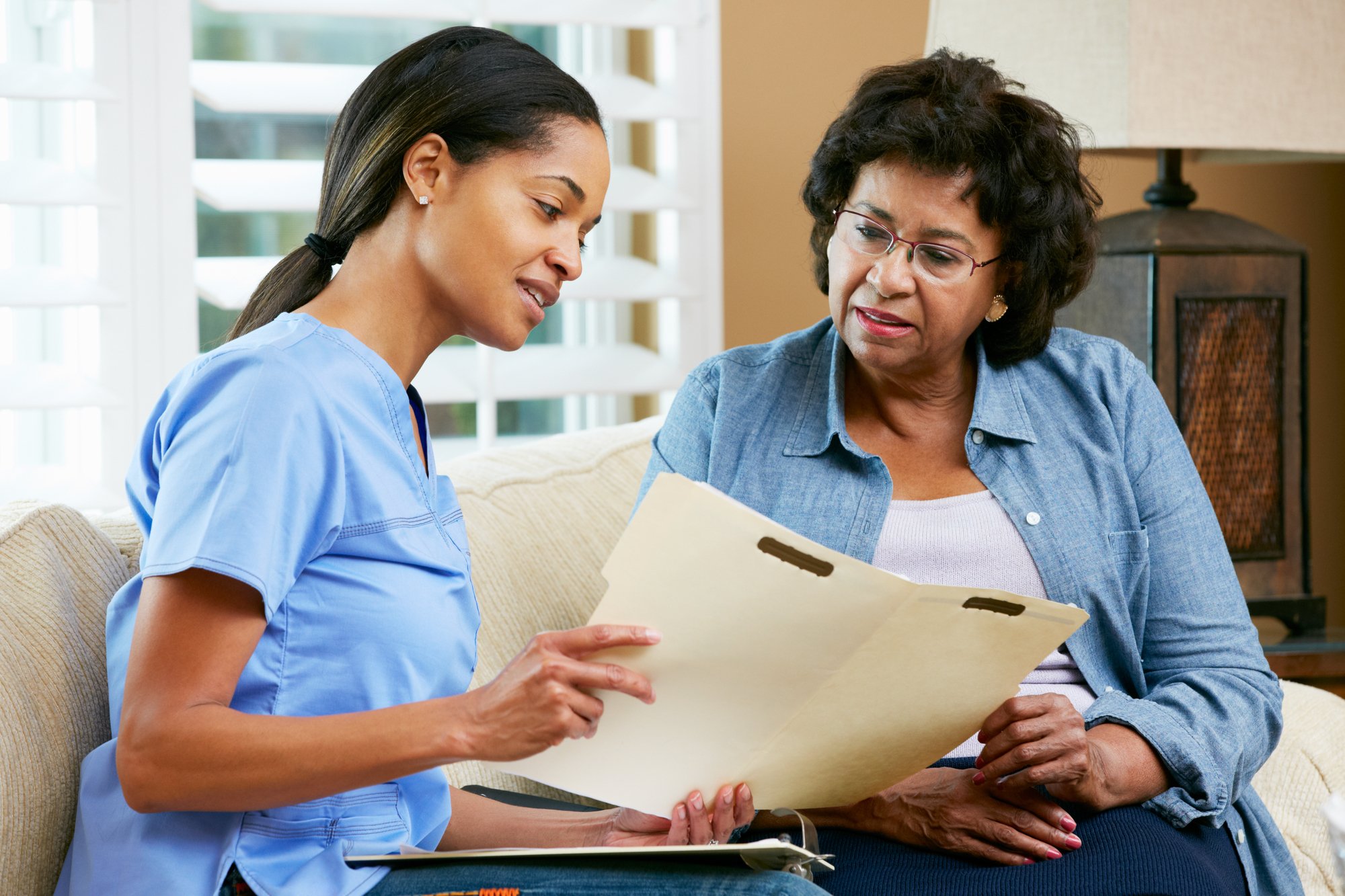 Jackson is excited about the big picture moving in the right direction, but he's impatient. "We do have folks that are starting to connect these dots: we’re just trying to make it go harder, faster," he said with a laugh. Pipeline Foods is currently working on connecting the dots between organic and regenerative farmers and the healthcare food service sector. It's an enormous opportunity for change.

"There are millions of meals a day served through the healthcare food service... it touches senior care, Meals on Wheels, in-hospital both for patients and for staff – it goes into the community in ways that I didn’t even understand how complex and broad it was until I started working on this."

If healthy, thoughtfully-grown food is integrated into institutional healthcare, it adds credibility and momentum to the regenerative ag movement, not to mention the benefit to growers who've embraced the opportunities. "A few extra million meals a day pulling against the supply of regenerative and organic I think is going to be really good for everybody," he said.

How can farmers play a part?

Jackson thinks back to his days before Pipeline. In his days working on carbon sequestration projects, he spent a lot of time listening to farmers, and that powerfully informed his work. "The wheels were turning, and I learned how the food system wasn't really rewarding growers for doing good work. We were trying to develop these external mechanisms like carbon markets in replacement of a reward system which should be embedded in the food system," he said.

This informed the work that became Conservis, a comprehensive system that helps growers track and manage their operations.

"It was during the Conservis years that I learned an awful lot about how hard it was, regardless of what prices were doing on the crop side, for growers to have certainty into the future. That started my mind working... there has to be a way for growers to break free out of these two paradigms: one where the marketplace isn’t rewarding them, and the other where the input side is also extracting from them."

Conservis is the hub of farm data

Having gone on to found Pipeline Foods, a developer and investor into the infrastructure for organic and regenerative grain, Jackson is obviously partial to the organic market. "Really, the organic space is the only marketplace today where both of those paradigms are broken: the pricing is fair and growers are able to make a good living from the consumptive side, and they do not rely on the big ag companies from the input standpoint," he said. If you're considering going organic, you don't have to do so all at once. You can start small and grow from there. An important part of going organic is ensuring you have data that tracks your inputs and activities, and farm management systems like Conservis provide traceability throughout the entire process.

Regardless of where you're at in your regenerative ag journey, it's good to know what's on the horizon. Good health is the highest priority for all of us, and agriculture can boldly lead the way.

Conservis is the leading independent farm management software system. Want to be a part of this change? Learn how our tools can provide the traceability needed for new markets and opportunities.